The Aliens Have Landed! 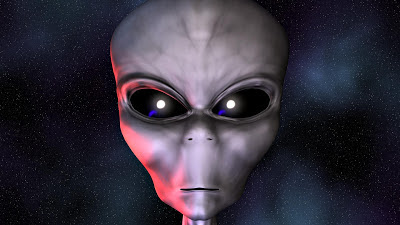 Why do so many fall for alien or new age theories?

Since you were born you have been programmed, consistently, into thinking that aliens do exist and that the government know about this, but are just covering it up. You have watched movies about this, see secret 'leaked' reports and films. Heard accounts of people seeing UFOs and some even saying they have been anally probed when abducted by aliens. It is deeply embedded into your unconscious that -- aliens exist, and those who don't know this just don't have an open mind.

So what happens when time and time again the 'proof' people come up with is debunked?

A person who is consistent is seen as stable, honest and trustworthy. A useful member of society! Now try to imagine how a society would function with totally inconsistent members…!

In his book on influence Cialdini explains that behaving consistently with our thoughts and beliefs is often much easier than having to change our thinking. Because if we took the time to think, we might not like what we realise.

And whatever happens, most of us don't want to be seen to be wrong. So once we have started into something, there are very strong forces pushing us to continue. Once we make a decision, we create reasons and justifications for it and so the idea 'grows legs of its own'.

Even though people realise aliens haven't visited us, and we have no idea if any life does exist on other planets - they would rather look stupid and feel they are right, than back down and say they were wrong. And after all you can always persuade yourself with more pseudoscience and there is always some raving lunatic of a guru out there to validate your delusions.

'What the Thinker thinks, the Prover will prove'

Yes! 50 secrets from the science of persuasion by Robert Cialdini