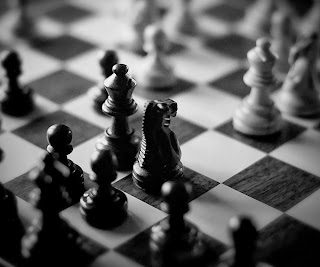 Wouldn't it be nice if people would stop seeing only differences in others and start to see what things make us all the same? Why do some black people think ALL white people are evil and why do some white people think that ALL black people are? I was told just recently by an African American that white people are to blame for all the worlds problems, wars and murder. He said that 'everyone' knows that black people created all the esoteric teachings and that every Mystery School teaches that. Strange that seeing as I spoke to someone else who happened to be white and in another Masonic Order who was saying that white people created all of civilised society and that if it weren't for white people those black primitives would have all killed themselves by now, and that everyone involved in the 'Mystery Schools' knows that. Erm no, not in genuine Mystery Schools like ours.

Well I have news for you, both of you are wrong and you have been played. You are very much trapped in the game, and that game is creating division, hate and competition and not by mistake, that is what the game the Eagles play is all about. Keeping everyone so consumed with hate and a sense of entitlement, that they never even notice they are part of the game and the people they are directing their hate towards have nothing to do with how things are, because they are just as misguided, brainwashed and programmed as they are.

Masonic Orders brainwash and control, not enlighten. The whole thing about them is to get people hooked so they can control them. The Orders in black areas will tell the black ones what they want to hear and the ones in white areas will do the same. All the time those involved are hooked they are buying into the game. They are told how special they are, and their false egos lap it up and use it to get even more embroiled in the material world. It is the same trick used by all religions, so many traps for people to fall into and they are all part of the game, and they are all run by the same people, there are no sides apart from us against those who run the game.

If they were enlightened they would stop this nonsense, learn the true facts about the past, get over it and move on. Nothing we do now is going to change what happened in the past, so what is the point of playing the blame game? The true teachings are now available to anyone, and it doesn't matter what your genes are, you just have to want to help yourself, and then you can help others.

Once you escape the game you will be surprised at just how stupid the game looks when you see the big picture.
Posted by Tau Tia L Douglass at 17:22 1 comment:

Be the change you want to see in the world

Be the change you want to see in the world -Gandhi. One of the most misunderstood quotes of our time. Gandhi didn't mean to do nothing to change the world but sit on your arse. He implied that first you must work on yourself, then when you yourself have changed, you can then effect the world positively, not by sitting about meditating, but by the art of 'doing'. Gandhi travelled far and wide, did so much work spreading his teachings. He was 'doing', follow his example and change yourself first, then set about 'doing' something about the mess the world is in.

The New Age Movement tells people constantly that 'We are all one' and that we have to do nothing but sit meditating to save the Earth and ourselves.

We might all come from the same source, but we are not all one. If we become trapped within our own false egos we return to the source as a thousand pieces, and yes become part of the whole 'one' again. The idea is to grown up and realise we are responsible for ourselves.

They also tell us to think with the heart and not the mind. Your Higher Self is the thing you should be thinking with, as well as having an open heart chakra. If you open your heart chakra without connecting to your Higher Self you are taken in by these things that trap you here in the 'one' and are easier for the eagles to manipulate and control you. Do not stop at the heart chakra, you must push forwards and active your other higher chakras fully too, your throat, your third eye and your crown, otherwise you are not complete.

Posted by Tau Tia L Douglass at 09:13 No comments:

Email ThisBlogThis!Share to TwitterShare to FacebookShare to Pinterest
Labels: heart chakra., love, we are one

Dark Night of the Soul 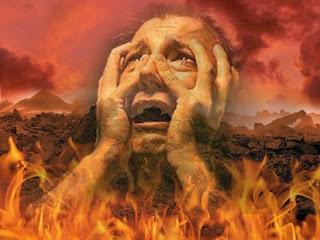 I catch the scent of desperation from someone instantly, and it is normally those who are stuck in the abyss. They often say they want to help others, but ultimately they will damage others if they are not careful, as they first need to look at themselves.

They tend towards being passive aggressive, they don't mean to, they just can't help themselves when they are faced with someone stronger than them. They often make remarks intended to belittle the person they feel is stronger than them, in order to make themselves feel better. They even model their targets behaviour, in the hope that they might gain the respect they have.

This person is stuck in the dark night of the soul, and is desperately unhappy, yet trying to show a happy face to the world. But it can not be hidden, people do pick up the vibes and back away, causing the frustration to get worse. All they need to do is stop trying to be everything to others, stop trying to be something they are not, stop trying to show a false public image, because you are fooling no one. Instead remember to look inside and realise what you need to do to heal yourself first, before offering to help others. You can not help others when you are trapped in your own self made hell.

Posted by Tau Tia L Douglass at 19:33 No comments:

Are You A Guru? 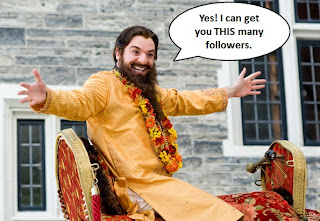 So what is it with all these damaged egotistical people who call themselves a 'guru'? If I see anyone call themselves a guru I instantly know they are insecure and seeking attention. We might be able to seek to learn things from others, get help or advice, but to look upon another person as a guru is just wrong. We are all gurus, but only to ourselves, no one else, everyone else's path is their own and we each have to make our decisions and find our own way. The new age movement is creating monsters who want to be everyone's guru and in the long term it isn't doing the 'guru' any good either if people allow them to be theirs. No one else is your 'master' or 'teacher' but you. No one else knows you as well as you do, and no one else will always be there, only you. We each only have ourselves to rely on. Realising this is the first step to spiritually growing up.

Posted by Tau Tia L Douglass at 19:19 No comments:

The Children of The Serpent 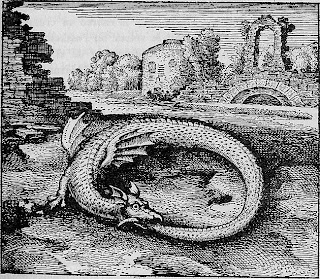 Thousands of years before Sapiens were created using our genes mixed with those of simians, we were exploring the planet. Our red headed ancestors were building stone circles, underground caves, mounds and pyramids. There is no part of the planet we have not been to long before Sapiens were even thought of. We painted our homes with elaborate images, we were in tune with nature and never took more than we needed, and always gave back to the Great Mother. We are the Shamans of old, performing beautiful ceremonies under the full Moon as we played our tribal drums and other instruments. Later when the less intelligent Sapiens started to breed without foresight and conquer with greed, they tried to wipe us all out. They thought peace loving nature worshippers were less intelligent than them with their dog eat dog culture. They wanted to murder all the 'red headed giants' and make sure no one knew the truth about the past.

Only now the Sapiens are finally catching up in intelligence to us, they know about DNA, and the truth about us is finally being revealed. Respect our ancient bloodline, we were here a long time before you, and if you listen to us, rather than demonising us, you might just learn how to live in harmony with nature, like we used to, and then the Great Mother can heal. Who are we? Sapiens have given us many names, all of which are meant as insults, or have come to mean insults, we are Neanderthals, Fairies, Witches, Seers, Dragons, Vampires, Nephilim, Elves, Watchers, Anunaki, Magickians. We are the Spiritual Royalty, Shamans, Titans, Cloud People, the teachers of Gnosis and Sophia. We are the children of the serpent, the grail children.
Posted by Tau Tia L Douglass at 14:29 2 comments: