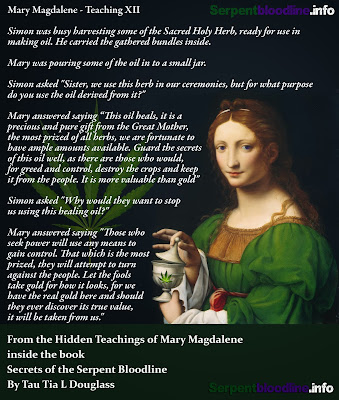 Within The Church of St Mary & St John we have a Sacred Holy Herb, which has been used in our Gnostic Shamanistic Ceremonies for hundreds of thousands of years. However, we have never been, as a people, or as a group of 'Knowledge Seekers' an organised religion, and therefore when the Eagles took over they took our Sacred Holy Herb away from us.

There are many reasons why they took it from us, some of those reasons are because with hemp you can make very cheap fuel, so the oil industry would no longer make such large profits, also cannabis heals and helps so many different health conditions it would put the big pharmaceutical industry in jeopardy. It also stops people being violent and aggressive, which would make the world a more peaceful place and prevent profitable wars. There are many reasons to take it from us.

Because we think it should be legal, and we should all be able to use it as we want, and grow it whenever we want, one of our ways of trying to do this is to set up our Gnostic tradition as a 'religion' we then wrote it into our Canon Laws. This means if we get enough people supporting what we are doing, we will become a full stand alone organised religion, and because it is in our Canon Laws that we should be able to use our Sacred Holy Herb, anyone who tries to prevent us is discriminating against our religious beliefs. That is the plan anyway.

This is the section from our Canon Laws regarding it on page 15: 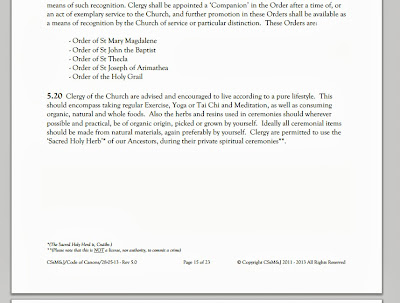 You can see the full Canon Law here: 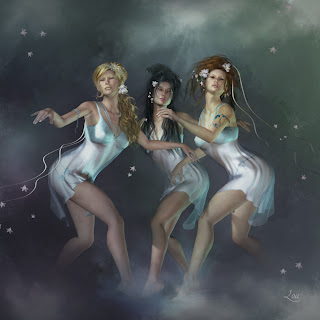 Words in Hebrew become plural by adding ים or ות and that ות is generally for Feminine words and ים for Masculine, but there are exceptions, like (father)אב -- which plural is:
אבות(fathers/fatherhood).

So אלהים is the plural of אלוה, with an irregular masculine ending of ים. If you were to make אל plural there wouldn't be that extra ה added to the word.

In the bible אלהים is translated into English as a singular masculine noun, when in Hebrew it seems that it is neither. In Genesis 1:1, when says
בראשית ברא אלהים את השמים ואת הארץ
the verb ברא is in the perfect form for the singular masculine, according to Christian Theologians it is possible to have a singular intensive conjugation, where a group acts with one agency [also, some Christian theologians try to draw parallels because the feminine nature of the word אלהים and Catholic construct of the Trinity, because the word πνεύμα in Greek is feminine also].

Looking at English translations, there's a cover up. Especially if you look at poor translations like the KJV, where they seem to arbitrarily translate as 'God" (gen1:1) or "Gods" (gen3:5), but never as Goddesses.

To across the board translate אלהים as a singular masculine word seems incorrect and almost like there's a theological agenda, or other cultural hang-ups, to suppress the blatantly female overtones in describing the Divine.

Posted by Tau Tia L Douglass at 20:25 No comments: