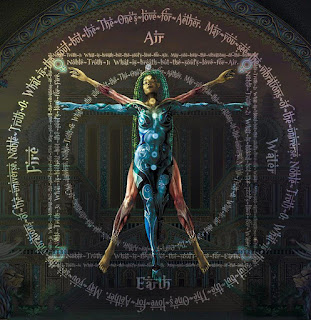 What is extremely annoying and disturbing to me, is the same old rubbish being put out there again and again, by people who know exactly what they are doing and why.

Sacred Geometry and Astrotheology have been hidden in plain sight, it is just that most people are or have been to stupid to see it. The RC Church has kept this from us, but wait the Freemasons have kept it safe for us, and they are the good guys. Look, they even worship the Goddess, and a balanced trinity. Oh aren't they good people, all those famous people who have belonged to their Order, all those genius, gosh they are so much more intelligent than us, no wonder they had to keep it all secret from us. Maybe it was an advanced hidden race that had these teachings, they were probably aliens. But aren't we lucky that those 'men' in the past were intelligent and rediscovered the secrets.

Reality - The Freemasons are the same thing as the RC Church, they have worked together for thousands of years to make sure YOU the general public would never become intelligent enough to figure all this out. They stole the teachings from our Shamanistic ancient ancestors Mystery Schools who built Stonehenge and the pyramids and the other fantastic architecture all over the planet. In our Mystery Schools we taught about Astrotheology, Geometry and Spirituality, and how to use these things to see the Divine in all of creation, which all came from the Cosmic womb, Vescia Piscis of the Great Mother Goddess. The societies were all female led, and there was no such thing as wars.

Some of us decided to help nature along a little by giving some simian races our genes, and the result was Cro-Magnons, who eventually took over and killed as many of us as possible, but stole our teachings, but didn't know them all, some were missing. They thought they had killed us all, every time we surfaced they killed us, we have had secret Orders that passed knowledge through the 'Underground Stream' for a long time. We have been releasing more and more knowledge out to the general public, pretending to have just discovered it, etc. Or wrote it as fiction, only way to get it out. Then because the Freemasons noticed this was happening, but they want the real and full knowledge themselves, they set up Universities, a place to hand pick the brightest men and get them to swear oaths of secrecy to them, in return they get great wealth, fame, whatever they want. So long as they were working for them, and keeping the knowledge secret, as it would empower everyone, they don't want that. They especially wanted to make sure women would not get an education, as if women found out the truth about the past, it would mean their patriarchy and power would be taken away from them over time.

These men would keep hold of the power, and rule over the entire world. Yet now we see lots of videos and books telling us what good people they are, they can see the popularity of the RC Church is waning, so they need a new tactic to get everyone on side. Those who have signed oaths, well it is too late for them, they can not escape them, and too scared to come out and tell people the truth. Once a 33 degree Mason, they would never leave anyway. They become selfish idiots who love the power it gives them over others and all that work they had to go through to get the secrets, now why would they just give them to others who they feel are inferior to them? They wouldn't. They do not learn how to become spiritual beings in Freemasonry, they haven't opened their heart chakra, so all that knowledge only leads to psychopaths.

OTO is also part of this, as is Golden Dawn, as is AMORC, as is Theosophical Society, as is the New Age movement, Church of Satan, Wicca, Temple of Set, Sisters of Isis, Judaism, Islam, Sufis, Buddhism, Hindu, all forms of Christianity etc etc. Other projects to con us include: Venus Project, Thrive, Wayseers, KONY 2012, New Age Movement, Lightworkers and many more. All ways of putting those waking up, back to sleep by telling them stupid stories about holographic universes, aliens, DNA activation, Ascended Masters, Angels, Demons and other rubbish. All working for the same thing, to keep humanity trapped in patriarchal mindset forever. You can argue as much as you want about your religion not being patriarchal, but the fact is, if it is mainstream it is. They have been playing this game for a long long time, they are not about to give up easy. They want you to think you have a choice.

Even though we are now coming back out to try and help you all see what is happening, how many of you will truly take notice? Because all these different groups don't seem connected, and in fact some seem to be complete opposite. Remember the black and white squares, it is all a game of chess, and you are one of the pawns.