Mary Magdalene was a true Adept and spiritual teacher, manifesting her sacred powers through the flow of light from her heart and soul. Her Divine love was unconditional and independent of external situations and dogmas. Yet Divine love is not limited to the ascetic.

If spiritually evolved beings come together in unconditional love, they also can create an energy field that is most positive and rare, exuding high vibrational levels of peace and love into the universe.

Posted by Tau Tia L Douglass at 09:22 No comments: 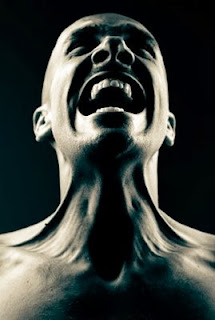 I do not blame anyone for getting angry about things, we live in strange times. It is time for the return of the Divine Feminine, and although we have been programmed against the truth, we all have the truth inside us. We can become confused and angry when we see so much conflicting information, as the others do their best to keep the truth hidden, with their books and videos of misinformation and lies. Some truth slips out, then it is undermined yet again by those trying to cling on to the power patriarchy has given them. It can not last much longer, as more and more of us are realising that the truth can be put up high, and all though you are constantly knocked down for telling it, it can never be taken from its pedestal. Because the truth can survive anything, and has, for thousands of years.

Most religions call for us to live in fear of doing something wrong, because if we don't, we won't get to Heaven when we die. I'm a Gnostic Theolalite, and my religion tells me to live life to the full by finding our True Will, then live with inner peace, joy and harmony. When living our True Will we help to bring a Heaven on Earth, and on death when we return to the source, our essence will have a wonderful positive effective on the whole of consciousness.
Tau Tia
Posted by Tau Tia L Douglass at 05:55 No comments:

Did Jesus walk on water?

Jesus of Nazareth referred to as Jesus Christ or simply as Jesus or Christ.


Christ is the English term for the Greek Χριστός (Khristós) meaning "the anointed one". It is a translation of the Hebrew מָשִׁיחַ (Māšîaḥ), usually transliterated into English as Messiah or Mashiach.


Jesus was an anointed one, he was anointed with Holy Oil, Khristós - the Holy Oil - floats on water.


Try it yourself, get a glass of water then pour some olive oil into it, it will float on water.


When you are anointed you become a sacrifice.  For now I will say no more, and leave you to your own thoughts about what this means exactly.

Blame everyone but yourself

People will always blame others for all their problems, but they can never see when the problems start within themselves. If everyone did, just imagine how much better the world would be?

The Cycle of Creation

When humankind become too many, and too greedy, and too full of hate, wars happen and the Great Creator gets angry. The Great Spirit angers and causes 'natural disasters' which remove all life on Earth, cleansing and purifying it. She needs time to heal herself, as a new world appears from the ashes, like a Phoenix. Through all of this there are always a small group who survive to keep the original teachings of the Great Spirit alive. They keep the spiritual path open for all those of the righteous who wish to live in harmony and balance with the Great Creator. However, unless we all learn to become spiritual beings, the Great Creator will put an end to things once again, and the cycle will continue, until we have all learnt the lessons we are here to learn. As only then can we have Heaven on Earth.