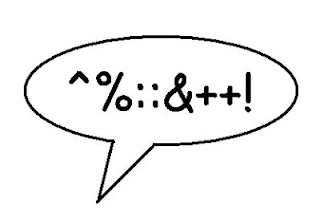 The thing about personal insults of any kind is that it's all about asserting dominance over the target by bullying them.

Yeah, it's about power. They felt that in the argument, discussion or situation, you had more power than them. They wanted to take away some of your power.

What's the easiest thing to go after, regarding a woman's power? Yep, it's her physical appearance. For man it is his virility or wealth that are the normal targets.

It's a case of them trying to rectify a perceived imbalance of power. If they feel you are out of their league or somehow better than them through their own insecurities -- because of looks, social status, a certain confidence in your walk, intelligence, knowledge, having money when they don't. They see you as more powerful than they are. This is an intolerable situation for them, they just can't deal with that psychologically.

Take their nasty epithet as a backhanded tribute. At the moment someone feels the need to insult you personally, you are very powerful.

Try to think of yourself as visibly powerful when people try to take you down like this. Like when you're out asserting your physical being in the world, striding down the street, looking good. Or on a purposeful errand. You are emanating an energy & self-sufficiency that makes those lower in self-esteem & power feel uneasy. Yelling something is their feeble attempt at getting even with you, since they are unable to do it in any other way.

To put it briefly: Own your power. Take it back from them.

You still rule your world. The words they attempt to damage you with didn't change anything.
Posted by Tau Tia L Douglass at 22:44