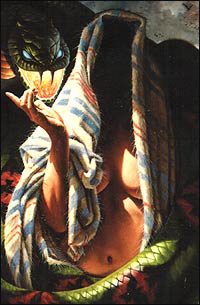 Mary and Maria are both from the Hebrew Miriam, which means Strong Waters or Waters Of Strength, or beloved. It was used for females in the Mystery School Order back in ancient times.

My surname today is Douglass, Gaelic elements: dubh which means dark or black, and glas, meaning stream or water. Names with water in them are usually bloodline families, it is to do with the underground stream we keep and the fact all knowledge and wisdom flows from the waters of the Goddess.

Back in ancient times we didn't have surnames, but when a woman was named Miriam, Maria, Mary, it meant she was bloodline, and men John (Yochanan) or Joseph (Yosef), they were the titles for men, meaning YAHWEH.

These days in our Order all the women are named the Latin term Soror, which means sister, this is the same as calling someone Mary or Miriam. The men are called Frater, which is Latin for brother.
Posted by Unknown at 12:50