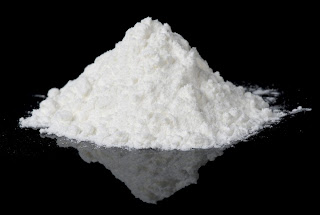 The phrase "monoatomic gold" was invented by someone with little knowledge of science who was trying to scam people out of money.

Gold is a solid, and therefore has a crystal structure, making any discussion of it being monoatomic or diatomic meaningless.

The only way that gold could be 'monoatomic' is if it were in liquid or gas form, which in both cases would absolutely not be a 'white powdered' substance, but would rather be extremely hot, extremely toxic molten or vaporised metal.

In conclusion, 'monoatomic gold' is nonsense.
Posted by Tau Tia L Douglass at 13:11